Bernard Maybeck’s design at 2357 Le Conte Avenue in North Berkeley is another wonderful example of the Ecole des Beaux-Arts influence on his work.

This stunning residence is ideally located in the historic Holy Hill neighborhood of North Berkeley and just minutes to downtown Berkeley, the famed Gourmet Ghetto, and the world-renowned UC Berkeley campus.

Accessed from the main entry hallway, with its wonderful flow to the gracious spaces throughout the home, you’ll find a dramatic and large living room with a vaulted ceiling made of clear heart redwood and a large hearth fireplace. There are many special details throughout the unique home with handcrafted beam brackets, clay tiled roof, and a stained-glass newel post at the grand living room’s entry.

There are 4 bedrooms and 2 full bathrooms on two levels. The kitchen leads to an ample deck ideal for morning tea and evening cocktails and overlooks a large front garden, as the house is set back from the street on the 9,840 sq. ft. parcel (approx. per public record).

Often referred to as the Orin Kip Murray House, the home was re-built in approximately 1924 after the fire earlier that decade destroyed the original brown shingle home that was built in 1901, by Bernard Maybeck for UC Professor Fletcher Bascom Dresslar, who eventually sold the property to Orin Kip McMurray.

Orrin Kip McMurray died in 1945, but Mrs. McMurray continued to own the house until 1971 when she sold it to the current owner, the Pacific School of Religion. The home has been used in the past by various faculty and the School‘s President.

At the time the current house was built, Prof. McMurray was serving as dean of UC’s law school. You’ll have noticed that the stained-glass panels in the illuminated house-like newel contain legal motifs. On one side, the word LEX (law in Latin) is prominently displayed, while the other side appears to show an outline of the Ten Commandments tablets. Both sides feature figures wearing long robes and cowls.

Maybeck’s own house on Buena Vista Way burned in the 1923 Fire, and in 1924, he built the “Sack House,” aka the “Studio,” on the same site. That house features the same type of ceiling brackets and industrial sash windows seen in the McMurray House. 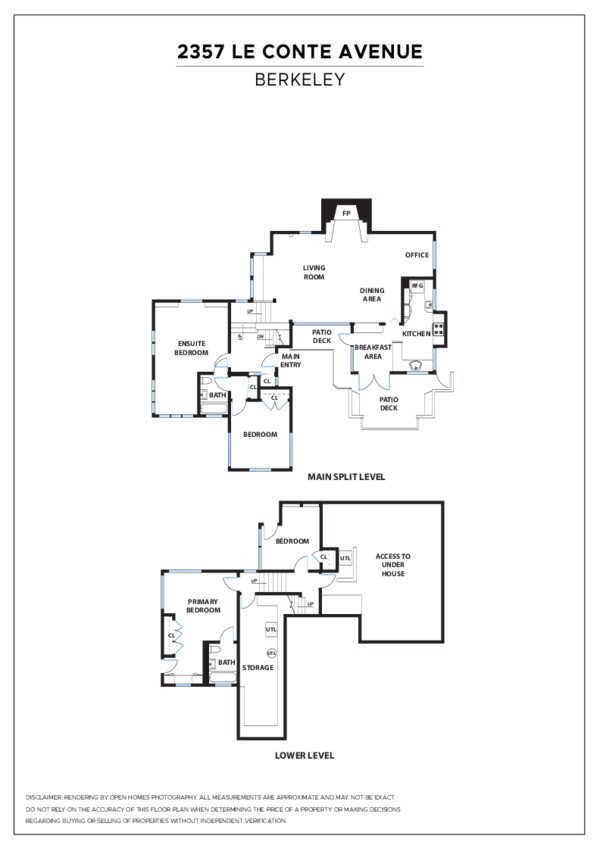 With easy access to public transportation and Interstate 80, and many amenities within walking distance, Central Berkeley is one of the city’s most convenient neighborhoods. Central Berkeley residents are a short stroll away from the North Berkeley BART station on Sacramento Street or the Downtown Berkeley BART station on Shattuck Avenue, convenient for those who work in San Francisco. University Avenue, the neighborhood’s main east-to-west thoroughfare, leads directly to Interstate 80. University Avenue is also home to numerous restaurants -- serving all types of cuisine -- as well as other businesses. Homes in the neighborhood sit on quiet, tree-lined street and range from modest bungalows and cottages to larger, custom-built properties. Families enjoy Strawberry Creek Park, which offers a playground, tennis and basketball courts, soccer fields, and a picnic area. Other outdoor recreation spots in the neighborhood include Presentation Park, Cedar-Rose Park, and Berkeley Way Mini-Park.